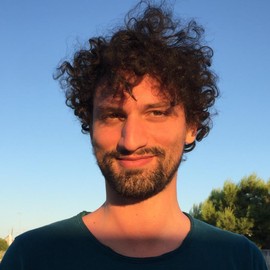 I am a postdoc (Hawking fellow) at the Department of Applied Mathematics and Theoretical Physics (DAMTP) and the Stephen Hawking Centre for Theoretical Cosmology (CTC) of the University of Cambridge. My research interests lie at the intersection between string theory, early Universe cosmology and gravitational wave physics. I am currently using GRChombo to simulate preheating in the early Universe, a physical phenomenon that happened when the Universe was only a few fractions of a second old and that leads to gravitational wave production: its signatures might be discovered with future gravitational wave detectors.